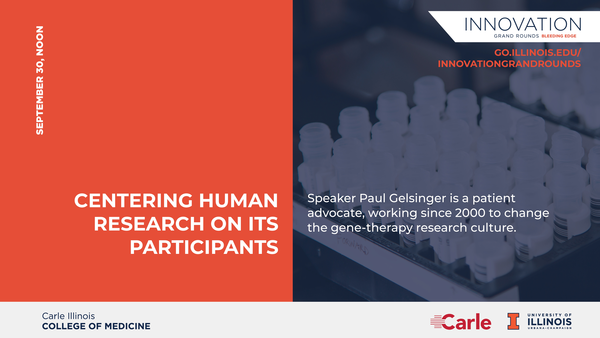 At the age of two, Paul Gelsinger’s son, Jesse, was diagnosed with ornithine transcarbamylase (OTC) deficiency, a rare genetic condition that causes ammonia to build up in the bloodstream. Thus began a life-changing journey for the whole family. In September 1999, 18-year-old Jesse Gelsinger traveled from his home in Tucson to participate in a clinical trial at the Univers 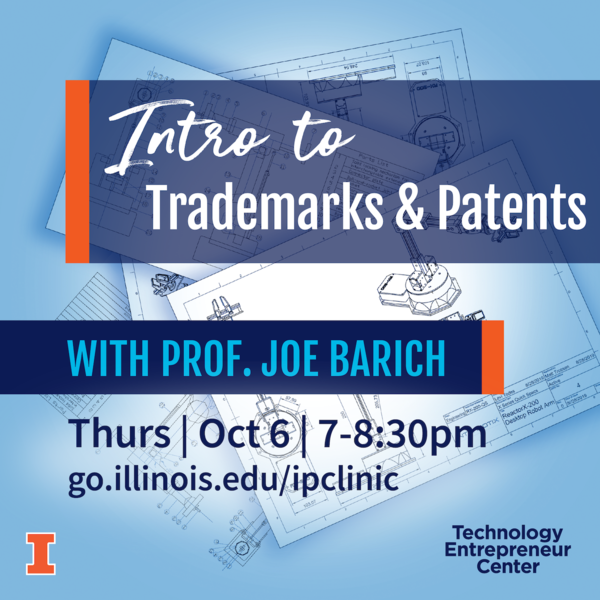 Intro to Trademarks and Patents Workshop

Oct. 6 | Altgeld Hall Room 314 | 7-8:30 pm |  Have a brilliant idea and not sure about protecting intellectual property? Come listen to Prof. Joe Barich, a licensed patent attorney and an Adjunct Professor in the College of Law. He will share valuable insights about protecting your startup idea and answer your questions about patents and trademarks.

Assistant Teaching Professor and Co-Director of Medical Ethics and Humanities thread at the Carle Illinois College of Medicine, Dr. Sheppard  will discuss her work in developing medical humanities and medical anthropology curricula and her work with community based participatory research.

Join us as the Office of Foundation Relations offers an overview of each foundation and Professors Jodi Schneider and Will Schneider speak about their own experiences and successes with these funders.